So I live in the city again and I have already been on google earth to plan my first fishing trip which will be at Nine o'clock on Monday morning while honest men and women are at work.
Posted by Paul Adams at 15:26 No comments: 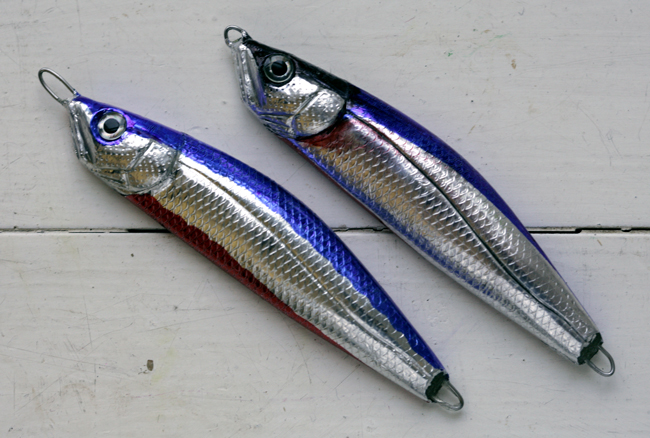 I have three days left on the island, three days to finish packing and leave. This afternoon I put away my fishing rods, oiled the reels, boxed them and then Filleted and cooked the coley I caught on Friday.

The plan for the rest of the afternoon was to take a trailer load of boxes off the island by tractor at low tide. Fortunately the cold weather had killed the tractor’s battery. Finding myself at a loose end I went for a walk up to the highpoint of the island. The Sun had just begun to set out over the ocean and was running shards of light from a low cloud base onto the distant reefs that crowd the Duhb Artach lighthouse.

Closer to the island’s shores smaller islets and reefs filled out the view like a living map. I traced out the familiar routes taken on fishing trips between marks. I suppose I learnt to fish here in these waters and when I wasn’t fishing I learnt to make things that caught fish. I tied my first mackerel rigs with feathers plucked from the carcass of a whooper swan that had been brought down by the island’s power lines. My fishing weights came from scrap lead gutters, my floats old corks and garden canes, fishing spoons made from cutlery and wobblers carved from old pine bed heads. 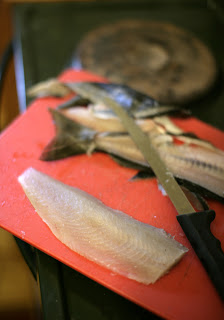 And beside the fish and the tackle, there were the people who I dragged out to sea. Jefferson a Brazilian who had spent too long in Italy and ran on espressos and cigarettes, talked twenty to the dozen and was incompressible in four languages. His verbal circus only subsided while he peed over the side, which he swore was a proven way of attracting fish if combined with the magic words ‘here fishy, fishy’.

Anna a performance poet, playwright, international aid worker and when she needed the money a nanny. Every fishing trip was a humiliation as she generally caught more and larger fish that the rest of the male members of the crew.

Orlando, an Austrian pastry chef who said he would come fishing if I would “shut up” while in the boat.

Martin who I lied to, we hit a shoal of large coal fish and filled a fish basket, then a rod broke under the strain and then a reel and we hauled up the lines by hand until the anchor hold was full of fish, and I told him it was like this every time I went fishing.

Val an accidental fishing buddy, who while enjoying a spin round the island had to watch me gut twenty mackerel, a horrific sight normally but especially if you are a vegan Buddhist.

Rupert who threw up his dinner through his nose, wiped his face and continued fishing.

PJ (he knows who he is) who took me on my first fishing trips when I came to the island. His voyages were epic every rock and islet peppered with a commentary that was not constrained by mere fact, but included ship wrecks, tales of nuns from Iona who had buried treasure and fish so large  that they had required industrial lifting gear.  Conger hypnotizing was just one of his minor side-lines.

Alberto, a true Italian from a mountain valley so deep that the sun visited its murky depths for only two hours a day giving him an unnatural fear of sunburn. When we caught mackerel he called them by their scientific name repeating the word Scomber and I assumed he had science background until I later discovered the Italians had largely invented Latin.

Louis my oldest son and king of the mackerel bashers who following in his father’s footsteps hacked into his fringe with a pair of nail scissors and used the trimmings to tie his own lure. Charlotte, my daughter who was present when I hauled up my largest Pollock.

My wife, who screamed so loudly and for so long when she hooked her first fish that I had to prise the fishing rod from her grip and land it myself.