Image Above: Jack Pike caught on a homemade spoon lure.

The lake was smaller than I remembered, like so much of my childhood world it had shrunk in my absence. There was one other angler perched on a tackle box with his rod on a rest while he smoked. I moved to the far end of the lake partly to put some distance between the splash of my fishing lures and his float but also to explore the small reed beds that fringed this narrow arm of water.  I cast a lure into the dull mudded water and begin the puppet show, retrieving the lure with jerks, twitches and straight runs that make the best of its unnatural wobble. Overhead gulls followed its progress swooping close to the water for a full inspection.

I have come to catch a fish which for me is something different than going fishing, but there are other reasons. I have one fishing rod, a bait caster reel, scissors, a mat for unhooking, forceps, a camera with a broken screen, a mobile phone that has been partially gnawed by mice and four homemade spoon lures. I tell myself I am just fishing light, keeping mobile and agile. The lake sits in the rude green of a city centre park, the foot traffic is manly dog walkers and commuters but when the morning rush is over the benches fill with drunks and the skeletal faces of heroin addicts. Even the dogs grow meaner as jack russells give way to mastiffs and leads to chains and studded collars.

I work the banks and the reed beds, my lure flies almost effortlessly on long casts and if I side swing it bounces like skimmed stone whiffling out into the surface.  Close in there is a boil of water as the long flash of pike rolls in the depths. It has missed the lure, I cast again and again but the pike has given up or moved on.  I take my cue and make my way around to where lake widens fanning out casts to cover as much water as possible. When the near bank is exhausted I make my way through a shallow spit of mud onto what should be an island.

I fished here once as a kid with a friend and some other lads, the sons of a friend of his mother’s. They were older than us, teenagers that new things and smoked when they could lift cigarettes from their parents unguarded packets. Circumstances threw us in together and we set up here on the island to fish amongst the mud and old crisp packets in warmth of a summer evening. I don’t remember us catching much but my friend and the lads had other ideas. We got into some bullshit game of hide and seek, but it was about one thing only getting me away from my fishing tackle. When the game was over my tackle box was empty. Every last fishing float, weight and hook, things I had collected, things I had stared at for weeks in the glass cabinets of tackle shop until pocket money or Christmas money had liberated them.  They knew what they had done, my friend knew what they had done but they bullshitted their way out of it. It wasn’t the fishing tackle that hurt the most but being the one, that kid. I never saw much of that friend again, one of the lads I saw years later and it looked as if heroin had had the best of him. I suppose I learnt that stuff in tackle boxes doesn`t catch fish only the thing on the end of my line.

Not much has changed here, the lampposts carry police warnings strapped to them and am I travelling light should history repeat itself.

I leave the island and return to the beginning, the reed beds and this time the pike hits its target and I land a Jack that looks a little over three pounds. It’s perfect, each scale placed on its flanks with care and bound in flashes of colour that melt away as rolls in the weak sunlight.

The lure works and I pack up. 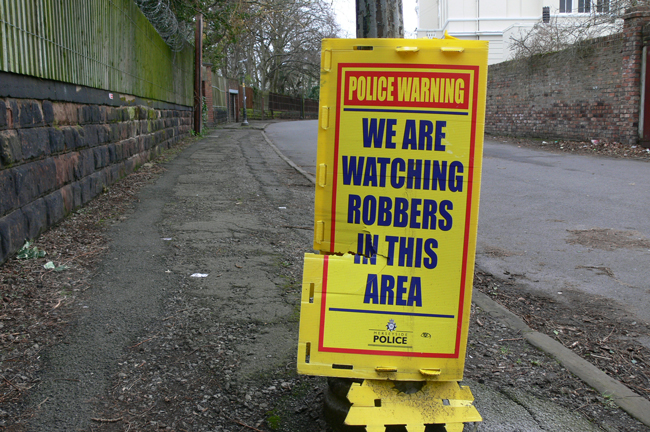