Carving a finger full of balsa 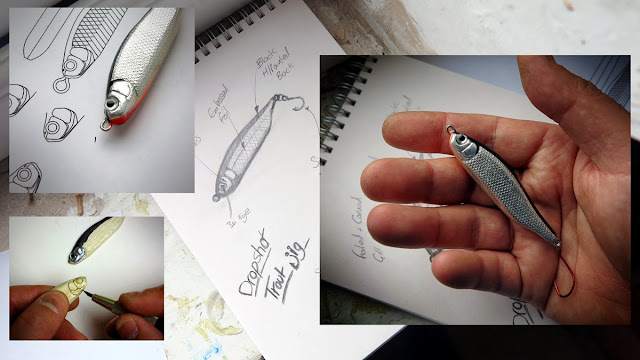 A little bit of light carving.

What I wanted was something I could dropshot with that unlike a soft plastic lure it would have
some buoyancy. The main advantages of dropshotting is keeping the lure a set distance from the bottom rather than guessing, while also working the lure without changing its position so effectively it gets to dance in a predator’s face rather than racing past . The disadvantage is keeping the rod up and the line tight plus it isn’t great at any distance.  Adding a small float above the hook can work for distance as it keep the line up out of any trouble but inversely it also reduces the distance of cast. So with this aside I thought I would make a floating dropshot lure for a trout and perch water I fish.

I didn’t have to look far for inspiration, when it comes to balsa trout lures there is of course Maki Handmade lures; it would be fair to say that if god wanted to make some fishing lures he would probably serve an apprenticeship with Maki.  There isn’t a lot to say about his workmanship, it would all be a bit superfluous just follow the link   http://blog.goo.ne.jp/makilure?fm=rss            (and don’t forget to come back).

Rather than resort to shell veneers I thought I would stick with foil and also limit my choice of finishes to a bit of black acrylic paint, a dab of red sharpie and 15-20 dibs in some model aircraft dope. One of my aims when I started making lures was to keep it simple and often I find myself jumping headlong into over-complication, while this can be fun I try to remember the person I was when I first began making lures. Keeping it simple means I didn’t want to get the airbrush out, I wanted to sit and just make without the hum of a machine or Darth Vader’s respirator.
So I sketched up what I thought would go for a prototype, redrew it in a Cad program and then printed it out as templates. Rough shaping the body was easy enough with the parting line between two pieces of 4.5mm balsa giving me a dead centre.

Carving the face required some very light music, I found a YouTube channel that played Gregory Alan Isakov, songs back to back and settled in for the duration. I shouln’t really call it carving, it was more a case of cut and sand; balsa being a bit of a pig when comes down to fine details. Carve, fit the through wire and weights, foil, paint with a bamboo skewer and then dip every half hour in dope until I lost count but a least over fifteen times would be a good guess.

So I have my lure it is a little smaller than my index finger and more importantly it has been finished just as the trout season is over so I won’t know its true value until next spring. It isn’t perfect but I know largely the bits that went wrong and how to avoid them in the future. This is a start and the learning has only just begun so I have quite a lot of fiddling about ahead of me. Maybe if I get a bit better at it I'll make a video. 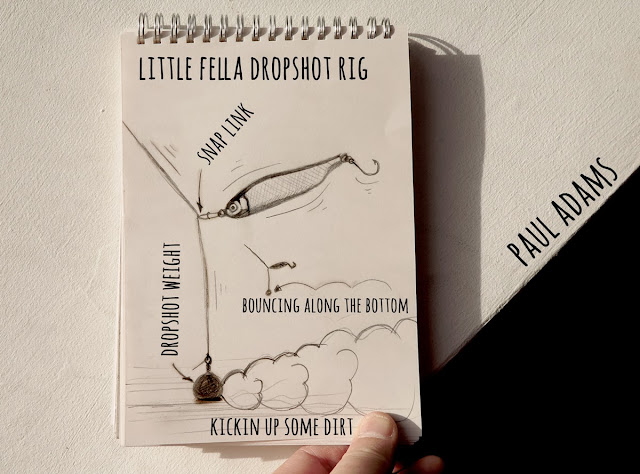