There is a man in the garden with a gun 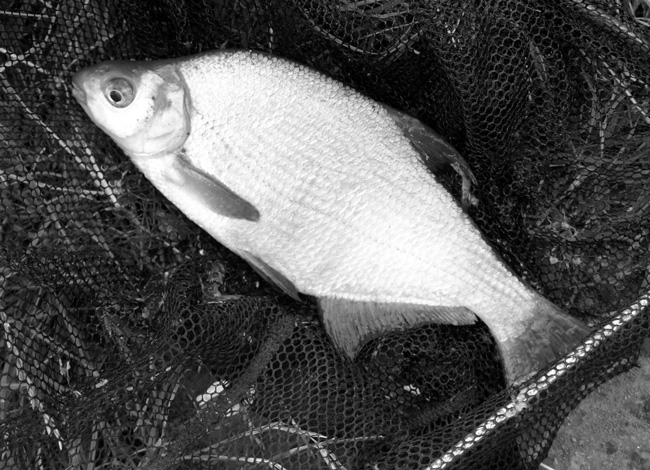 Image Above: A little silver thing.
Image Below Right: Filming in the garden.

I dropped my mother in law at the airport at about 5am and then cruised home to collect my tackle and head for the lake. At five thirty I was at my favourite peg with a float poking at the surface tension of a still lake. It was a slow start but eventually a shoal of small bream cruised past and I took half a dozen before they moved off trailing bubbles down the lake. The roach came a little later fat and greedy for breakfast. In the small bay where the lake widens a father and son were dealing with an eel the lad had caught and the excitement drew some spectators from the other anglers who had arrived while I was busy with the roach. 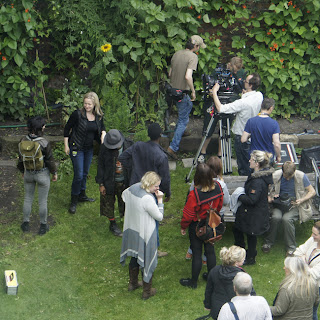 I left a little before nine with the feeling that I had lived almost a whole day and had yet to enjoy breakfast. Turning into the avenue I found a film crew setting up for a day’s shoot with cables and light gantries strung down the pavement only to converge on our neighbours house. I spent most of the morning packaging lures between visits to the bedroom window to keep ahead of the action. They were filming a new drama thriller for channel four about conspiracy theory called ‘Utopia’ and Liverpool was doubling up for London which was probably all down to cost.

I watched the stars (none of whom I could recognise) climb the garden walls with one of them brandished an automatic pistol. At one point they ran a small rail line down our back garden to carry the camera while the cast re-enacted what looked like a scene from the great escape. Two things struck me about the filming, you have to be so thin to work in front of the camera that some of the cast would only be a little heavier than my balsa lures. The other thing was that the crew employ a man whose sole job was to hold the replica gun while it was not being used in filming; a gun minder like a baby minder only with a gun.

In the afternoon I went off in search of welding rods along the dock road, the family came along for quick trip to Crosby beach and some bass scouting.

Image Below: Sculpture at Crosby Beach.