Rinaldi Studio, A lure without hooks 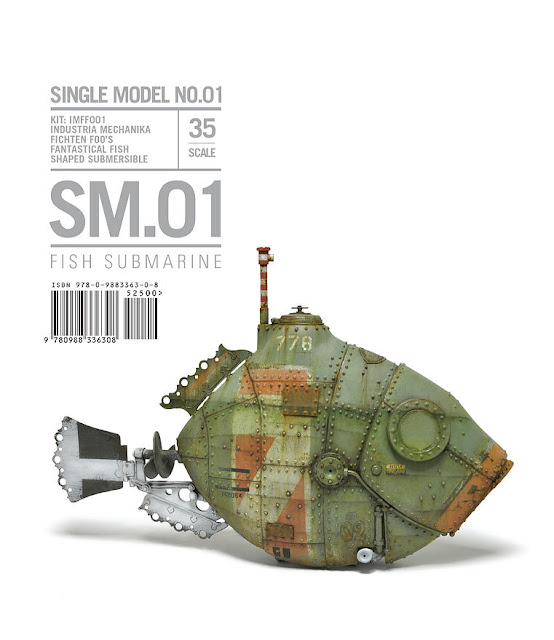 I want one, I don't care if it will catch fish or even if it is designed to, it is just cool.

This an image from a new book from Michael Rinaldi who is better known for how to books on model tank making and finishing, but in this book he is concentrating on a fish shaped submersible model. After a bit of digging it turns out the model was designed by Michael Fichtenmayer an america model making fanatic. He named it, FichtenFoo's Fantastical Fish-Shaped Submersible, which I kind of think sums it up. Check out his blog for more bonkers ideas that should have fish hooks attached http://fichtenfoo.net/blog/ and also the book people http://www.rinaldistudiopress.com/
Posted by Paul Adams at 04:40